Spring break came and went and we had a marvelous time on our very first vacation. It was a long February filled with sickness and while we are still waiting for some warmer temps, we enjoyed our time away from home. As we prepared for our trip the boys were very excited to see "ish! ish!" and go to "Cha-ta-ooga, Ten-ne-see." We have been struggling with bad dreams and waking up several times during the night. Usually Mom or Dad finishes sleeping the night in the boys' room. That makes them happy and I think that it is better than bringing them into our room to sleep. At least everyone is sleeping, even though I thought our sleep issues were over once they got bigger! 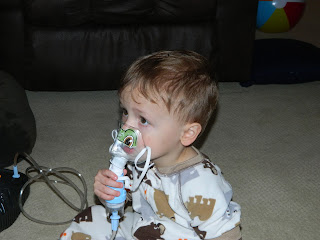 Like I said, February was full of illness. This is Miles giving himself a breathing treatment. It went very smoothly as long as Thomas or Sesame Street was on. 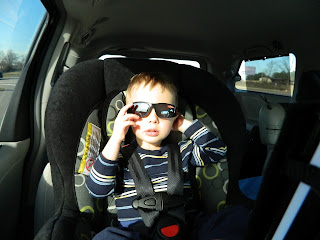 Cruising with our shades on. 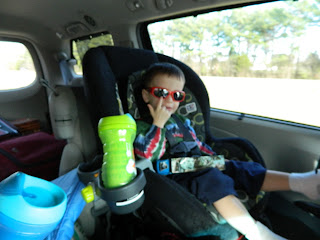 They would actually leave them on for a bit before yanking them off. The boys would stay busy for a half of an hour or so looking at trucks and cows and such. They like to ride (as long as it's not too far). 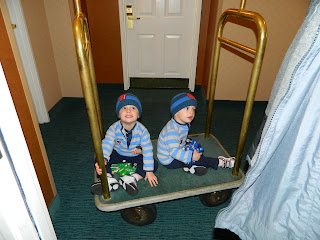 I did not know what a big hit this would be. Each day they wanted to ride on these. We got to Chattanooga around 6 and ate at 6:30- a big difference from being at home (dinner is promptly served at 5 or 5:30). They were very flexible with their schedule. They didn't even go to bed until 9 that night! 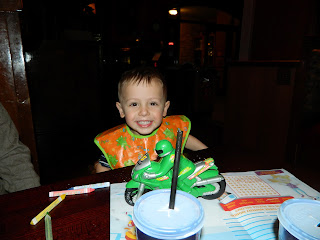 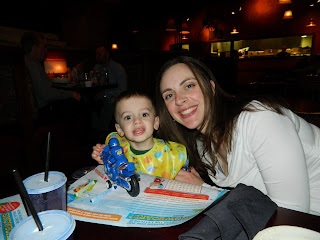 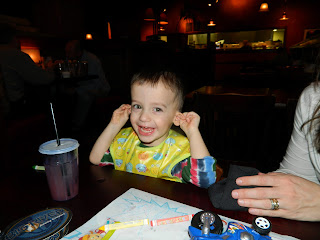 The next day it was off to the Tennessee Aquarium to see "Ish! Ish!" They have a salt water and fresh water aquarium. It was a lot for the boys, but we got through it. Camden was not as thrilled with the fish as Miles was, but he did warm up to it. 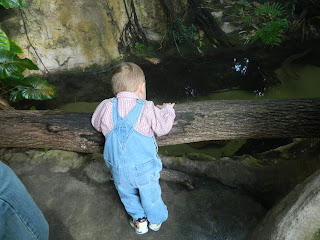 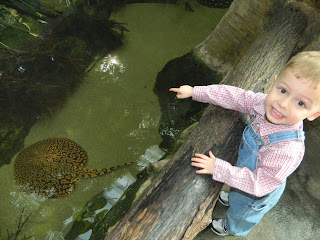 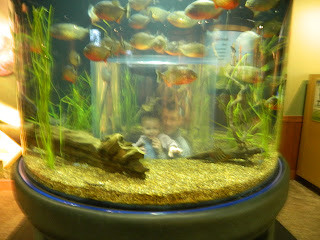 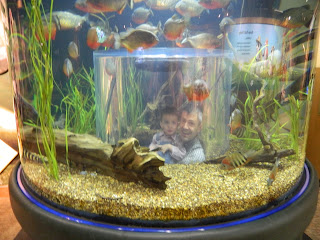 By the end of the day the boys were saying "no ish! no ish!" They really wanted to go outside and watch a digger working on the museum.

The bus station waiting to go see the Chattanooga Choo-Choo. 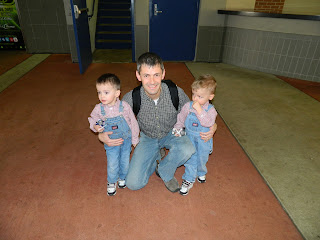 Definitely more Camden's style. They both ran up and down the track yelling their favorite Thomas characters. 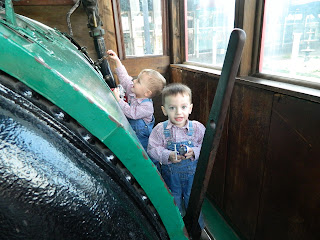 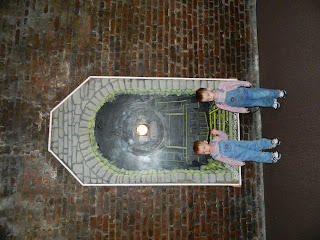 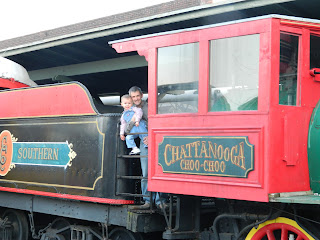 Back at the hotel relaxing. When they are in the mood, both boys will look at me and say "cheese" now. 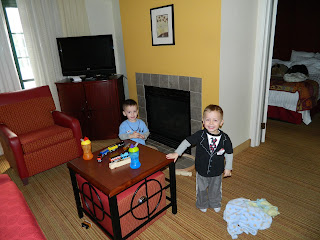 The next day we went to the Creative Discovery Museum
This was perfect for the boys. They pretty much got to do everything. I must say we love hands on museums. 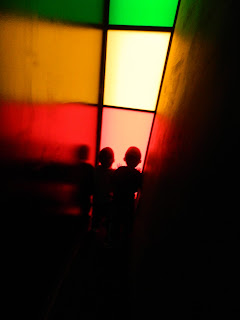 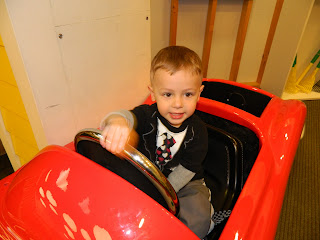 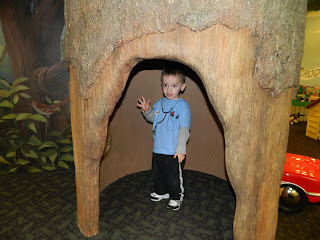 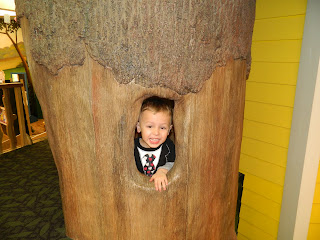 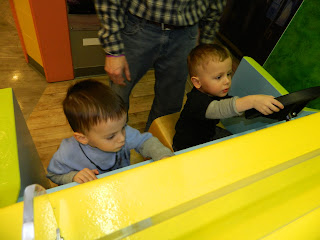 Lots of hands on music- little musicians
The last afternoon we went to the hotel's pool. I was not optimistic that we would do anything much but watch Daddy swim in the pool. Camden is particularly timid and Miles can be. They both are very cautious with new situations. 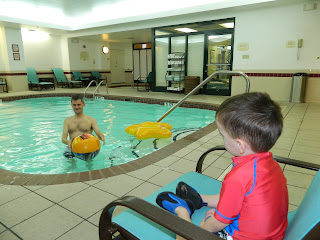 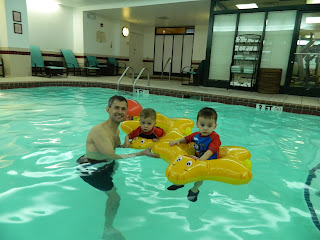 Pleasantly surprised, both boys went in after about 5 minutes of coaxing. They both slept fairly soundly that night- for the first time in a long time. We are now back safe and sound in "Kin-tuk-ee" and both boys want to go back. It was a great time and we are looking forward to SUMMER vacation!
Posted by Demaragreg at 11:50 AM